A Story of Revolt and Archaeology

​Available at your local bookstore or here: 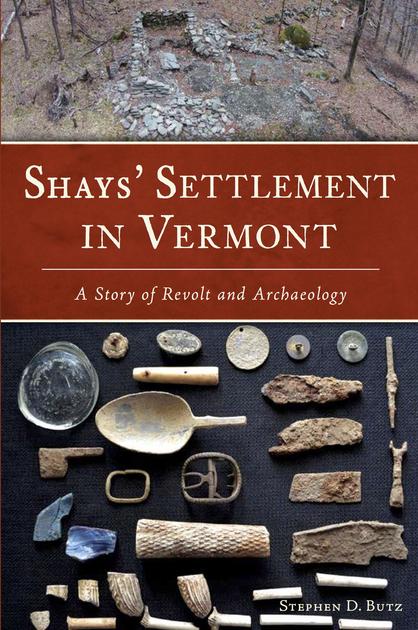 Discover the forgotten settlement of Daniel Shays hidden in the Vermont Wilderness.

The ruins of Daniel Shays’ fortified settlement reveal the hidden story of the famous rebellion.  Shays and the Regulators founded the settlement deep in the Vermont wilderness after fleeing the uprising they led in 1787 in Massachusetts.  Rediscovered in 1997 and under study since 2013, these remnants divulge secrets of Shays’ life that previously remained unknown, including his connections to Millard Fillmore and the Anti-Federalist lawyer John Bay.  As the leader of the site’s first formal study, Stephen Butz weaves together the tale of the archaeological investigation, along with Shays’ heroic life in the Continental Army, his role in the famous rebellion that bears his name and his influence on American Law.